New Legal Definition of Misconduct: Understanding the Ramifications for Employers in New Jersey 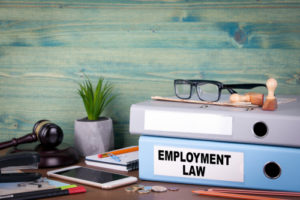 After eight years of confusion, the New Jersey legislature revisited its statutory definition of “severe misconduct” and made major modifications that were signed into law by Governor Phil Murphy in August 2018. The statutory modifications are likely to impact employers throughout New Jersey.

For years, New Jersey employers operated under a triumvirate system concerning categories of misconduct for unemployment insurance. The three types of misconduct included:

Some examples of behavior that would be considered “misconduct” under the new law include:

The New Jersey legislature did not change misconduct laws whole cloth. For example, the burden of proof remains on the employer rather than the employee. To satisfy the burden of proof, an employer must now provide documentation showing an employee’s actions met the legal threshold for simple misconduct or gross misconduct. This highlights the importance of employers maintaining proper documentation on each of their employees, especially when an incident occurs that violates company policy.

The modifications to the legal definition of misconduct carry significant implications for employer throughout New Jersey. If you have questions or are in need of legal guidance from an experienced employment law attorney, contact the office of Thomas Paschos Law & Associates P.C. to schedule an appointment today.

The articles on this blog are for informative purposes only and are no substitute for legal advice or an attorney-client relationship. If you are seeking legal advice, please contact our law firm directly.