New Jersey’s Equal Pay Act: Wake Up Call To Employers To Be Proactive 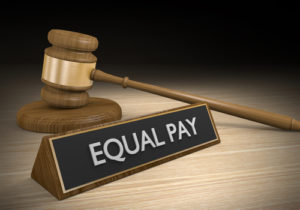 Last year, New Jersey Governor Phil Murphy signed into law the most sweeping equal pay act in the country. Even though this Act, called the Diane B. Allen Equal Pay Act, only went into effect on July 1, 2018, it is already causing great concern for many employers throughout the state because it provides for sweeping protections to employees, which have, in turn, opened employers up to a litany of potential employment discrimination lawsuits.

This new Act is essentially an amendment to the NJLAD(New Jersey Law Against Discrimination). While the NJLAD previously provided people who are part of certain protected classes with protection from certain forms of employment discrimination, it did not explicitly allow them to sue on the basis that they received lesser pay for work equal, or substantially similar to, those who are not part of that same protected class. The Diane B. Allen Equal Pay Act now explicitly creates a cause of action for employees to bring against their New Jersey employers if they did not receive pay equal to that of their coworkers. Specifically, the Act provides for those who are part of certain protected classes to have an actionable claim of discrimination against their employer, regardless of the employer’s size, for failing to pay them the same amount for performing work that is “substantially similar” to that of their coworkers who are not part of that same protected class. Some of the protected classes enumerated in the Act are as follows: Race, Color, National Origin, Creed, Sex, Ancestry, Age, Affectional or sexual orientation, Gender identity or expression, Marital status or domestic partnership status, Military service status, Pregnancy, and Atypical hereditary cellular or blood trait.

While this Act is like every other state and federal statute that prohibits wage discrimination, in that it prohibits employers from paying certain workers less than others on the basis of anything other than a legitimate, bona fide reason, it is different in many other ways. For instance, this Act allows employees to sue if they receive less pay than any other dissimilar coworker who performs “substantially similar” work to the complaining employee. This standard is different from the “equal pay for equal work” standard set forth in the Lilly Ledbetter Fair Pay Act of 2009 and virtually all other state equal pay acts. While the “substantially similar” standard is rather vague, it may allow for complaining employees to draw from a larger pool of comparable employees to prove their claim than they would have under the federal equal pay statute or under any other state’s equal pay statute.

What Does the New Act Mean For Employers?

Given the comprehensive protections that the Diane B. Allen Equal Pay Act affords employees, it is prudent that New Jersey employers perform a company-wide audit to ensure that all those in “substantially similar” jobs receive equal pay and document all legitimate bona fide reasons why certain workers make more than others. Taking these measures may help to prevent an employer from being sued under the new Act and losing those lawsuits.

The articles on this blog are for informative purposes only and are no substitute for legal advice or an attorney-client relationship. If you are seeking legal advice, please contact our law firm directly.