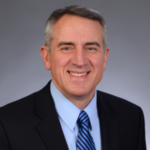 Matter of Faith: Attorney Pinned His Legal Hopes on Art of Relationship Building

By Tom Kirvan As published in the April 2022 Primerus Paradigm Around the time he opened his law practice in 2000, Tom Paschos was asked if he had a business plan, the type of document designed to assure interested parties that he had a blueprint for achieving financial – and legal – success. “Prayer,”… Read More »

On January 13, 2022, the Supreme Court of the United States rendered a decision in the case National Federation of Independent Businesses v. Department of Labor. By way of background: The Secretary of Labor, acting through the Occupational Safety and Health Administration, recently enacted a vaccine mandate for much of the Nation’s work force…. Read More »

On January 13, 2022, the Supreme Court of the United States rendered a decision in the case Biden v. Missouri, granting the Government’s applications to stay injunctions by two District Courts regarding enforcement of the Secretary of Health and Human Services rule that “in order to receive Medicare and Medicaid funding, participating facilities must… Read More »

Court Ruling Stays Enforcement of OSHA’s Vaccination Requirement calling it a “sledgehammer” and that the promulgation “grossly exceeds OSHA’s statutory authority” On November 12, 2021, the United States Court of Appeals for the Fifth Circuit rendered an opinion on a Motion for a Stay, brought by various Petitioners in the action entitled BST Holdings,… Read More » 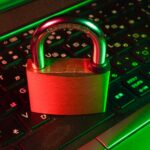 Cyber Coaching in the Age of Cyber Breaches

It appears as though cyber breaches have become more commonplace, as there is no shortage of such events in the news. Just recently, it was reported that the cellphone carrier T-Mobile suffered a massive data breach, wherein hackers stole data of over 40 million people.[1] Similarly, insurance firms Tokio Marine and Ryan Specialty just… Read More » 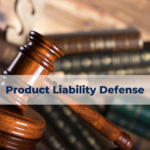 Product Liability Defense Implications in Ford Motor Company v. Montana Eighth Judicial District Court, Et Al. In product liability lawsuits, when can specific jurisdiction allow a plaintiff to file a product liability claim in that plaintiff’s home state even when the company does not have any clear contacts within that state? This is a… Read More » 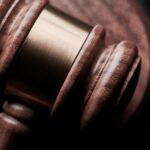 Attorneys and law firms throughout Pennsylvania and New Jersey take thousands of client cases, and not all of those cases can turn out favorably for the client. In some cases, an unfavorable result in their case can lead a client to seek damages for legal malpractice. To be sure, a lawyer or a firm… Read More »

How Employers Can Prevent Discrimination Complaints

How Employers Can Prevent Discrimination Complaints Employers in New Jersey and Pennsylvania will deal with a wide variety of employee issues in the course of running a business, including issues pertaining to alleged discrimination in the workplace. Yet it is essential for employers to know that there may be ways to prevent employment discrimination… Read More »